“It’s huge, because sometimes I wonder if they are eating enough. It’s been a godsend.”

That’s how Tom describes what Meals on Wheels means to him and his parents, Bjorn and Anne-Lise. When his parents both started suffering from early-onset dementia, Tom and his siblings approached them about getting Meals on Wheels.

They were worried that their parents weren’t eating as regularly as they should be, nor getting the nutritious food they needed. If they could get Meals on Wheels three times a week, the siblings, who all work full time, decided they could pull together and help with preparing meals on the other days.

The meals give Bjorn and Anne-Lise the extra bit of help they need to remain living in the Richfield home where they raised their family and know their neighbors. Tom also notes that the visits they receive from volunteers help provide a much-needed social outlet since they don’t get out of the house as much as they used to.

A while back, Bjorn, Anne-Lise and Tom were featured in the popular Humans of Minneapolis storytelling project, in which its author Stephanie Glaros photographs and interviews regular people throughout the Twin Cities. Their interview was part of a broader series allowing people involved with Meals on Wheels to share their unique personal stories.

Humans of Minneapolis: What was it like for you coming here from Norway?

Anne-Lise: “Not very good (laughs). I couldn’t speak any English. None of us could. So it was a hard time to start with. But we met people who spoke Norwegian and we found out the Norwegian groups. We went to the Norwegian church. It took a long time before I learned English because I always spoke Norwegian, even to the kids.”

Bjorn: “We came in 1959. We just wanted to have it a little better. I’m a house painter, so it was easy for me to get work. Came here one day and started work the next. He’s taken over now.”

Tom: “I’m third generation, he took over from his father in Norway.” 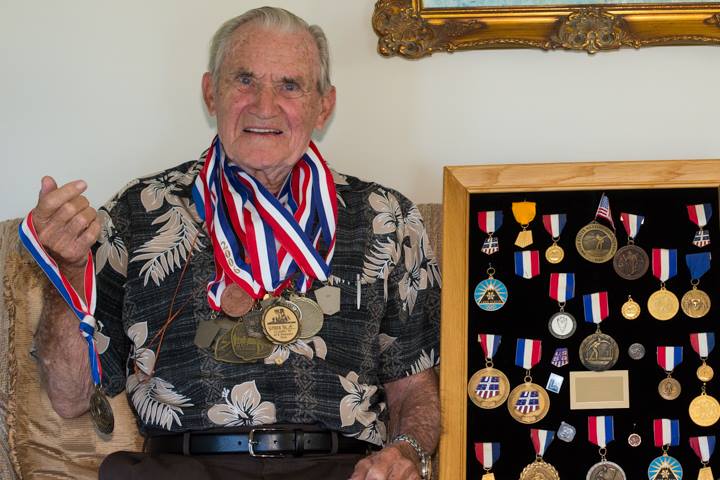 Humans of Minneapolis: What does it mean to you that your parents receive Meals on Wheels?

Tom: “I feel better because I know they’re eating. They’re getting food. I didn’t really have to worry because Mom is one heck of a cook. But now at least she doesn’t have to make meals all the time. So three times a week I feel better knowing that they are getting that for sure.“

Bjorn: “Everything is hunky-dory. They come to the door and ask me if I need anything and all kinds of questions about what I feel like. And that’s good.”

Anne-Lise: “It’s kinda nice to get somebody else to make my meals once in awhile. So I enjoy that. It’s easier for me that way.”

Bjorn: “She’s the best cook in the world anyway.”

If someone you know could benefit from Meals on Wheels, learn more about receiving meals here.